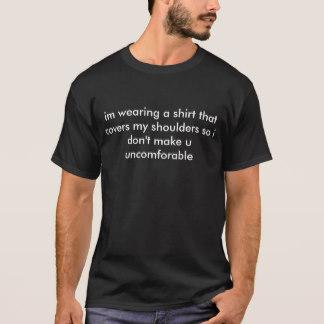 We are at the end of prom season, and I find myself thinking about the proms I went to in high school. I sentimentally reminisce about the photos, dances, music, and memories from those events.  I remember getting my parents help to pay for the limousine, tickets, and dinner at a swanky downtown Atlanta restaurant that I had never eaten at before. We did all these things because we wanted to feel like adults. Those nights were magical and gave me a taste of what it felt like to be a man about town. One of the things that always strikes me about prom is the dress codes and the requirements many schools place on young women around their attire. For guys, you rent a tuxedo, and everything is bafflingly easy; the biggest decision I made was the color of my cumberbund and whether I matched my date's dress. For girls, formal wear seems to be a gauntlet of choices that must navigate the draconian standards of high school dress codes with the sexualization of women's bodies.
A high school prom in Richmond, Virginia a few years ago illustrates the application of this standard. A 17-year-old girl was forced to leave her prom because parental chaperones were concerned about her dress. Some fathers had complained after noticing her dancing with her boyfriend that her dress violated the dress code and "would cause the boys to have impure thoughts." Despite that concern, it turns out that her dress followed the guidelines in the dress code. The dress had to be longer than her finger tips if she held her arms at her sides. This young lady was 5'9", and because she was tall, the dress appeared shorter than it was because of her long legs.
I am challenged by the arbitrary standards like these we place on women and girls. I am challenged by males feeling justified to police women's bodies. A school sent a girl home from her prom because men old enough to be her father were leering at her from the balcony instead of saying to those men that their behavior was inappropriate.  If middle aged men are worried about or having "impure thoughts" about a teenager, then they need to get some help. If we are worried about boys, then we need to teach them some coping skills. Her dress fits within the dress code of the event as it fell below her finger tips. With that said, can I just say that these dress code rules like the finger tip rule are horrifyingly stupid? All of these measures are arbitrary as people have different leg and arm lengths. Someone who is tall with really long legs is going to look very different in the same dress as someone who is short. Rules need to make sense. Moreover, rules need to be enforced in a way that it is not about shaming women and girls for their bodies. Men and boys attitudes and beliefs about sex, women, and that male belief that we have an inalienable right to women's bodies are the real problems.
The reality is that this could be any high school in America. The choices the chaperones made here are challenging to me. They ruined her night for nothing. What would it have meant if another man chaperoning at the prom told those fathers that their behavior was not okay, they needed to stop it. What if they had been told that their behavior was sexually violent? As a society, we need to start to realize that women's bodies or clothing do not cause males to have impure thoughts. That would have been a great lesson for those boys too. Hormones or testosterone don't cause men to cat-call, leer at, or harass women in the street. Men are socialized to engage in this behaviors. Men we look up teach us that "real men act" that way. I was taught that behavior numerous times by men of different ages, classes, and ethnic backgrounds. That is why packs of males often engage in these behaviors together. Above all, these behaviors are choices, and we should all expect more from men as opposed to less.