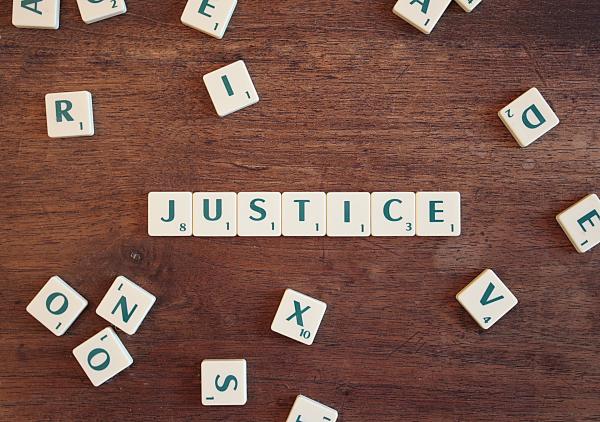 Often when there is a case in the media of a man committing violence against a woman, there is this chorus of innocent until proven guilty. Some people believe that men are often the victims of false accusations and the man's due process rights were violated because these men were made to look poorly in the court of public opinion. I am always shocked by the declarations coming to the defense of defamed men. Moreover, see these involving powerful and famous men in entertainment and sports. In these statements, there is rarely a mention of the victim, how they were impacted, or what due process and justice mean for the victimized.
And, that is the problem. A criminal justice process is based on fairness. Ideally, one person's rights, wishes, freedom, autonomy, and ability to live in safety should not be compromised by due process. When we focus on due process, we often lose sight of justice. To quote the Fifth Amendment to the United States Constitution, "No person shall ... be deprived of life, liberty, or property, without due process of law". The Fourteenth continues with "[n]or shall any State deprive any person of life, liberty, or property, without due process of law."  When making these arguments folks will ask questions like "Why is it ok for an employer to punish an employee for an off-duty incident before being convicted of a crime? What happened to the ideal of innocent until proven guilty?" So, what does this mean and how does it apply to what we are talking about here?
Let's talk about that. "Due process" is not the issue. When a powerful man faces public scrutiny for the things he has done his due process rights are not being violated. He has his freedom instead of sitting in jail. He is alive, so he has not been deprived of his life. And, his property has not been taken away by the state via the criminal legal system. What happens are possible sanctions by his employer for his actions.  If one wants due process concerning public opinion, don’t engage in stupidity that reflects poorly on yourself. If the police are getting involved, it’s likely not the first time something abusive or even violent has happened in that relationship. At a certain point, we are responsible for our actions. Innocent until proven guilty has nothing to do with public opinion. That’s a lazy argument; also, there is also a lack of seriousness because justice for the victim is entirely ignored. At a certain point, if we are serious about doing this work, we have to take care of the wronged and most vulnerable amongst us.
Employment contracts often have morals and conduct clauses. If one shows up on the local news because they were arrested for something like statutory rape, their employer isn’t going to be “we aren’t sure, innocent until proven guilty y’all.” No would ever be disciplined for conduct at work or for conduct that reflected on their workplace because we would have to wait for the criminal legal system to adjudicate. A criminal justice standard like “beyond a reasonable doubt” doesn’t apply to a workplace any more than “double jeopardy” does. Btw, none of us are truly “off duty” especially in this era of social media and instant news. We are accountable for what we do.