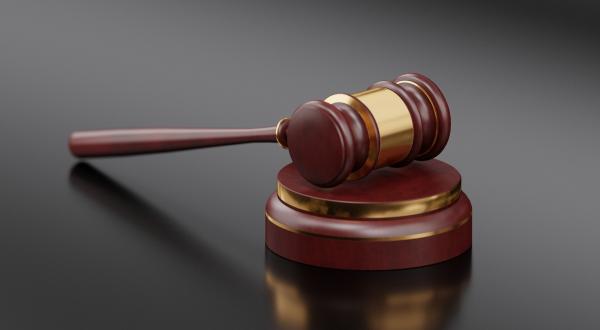 A recent decision involving the Georgia General Assembly has gotten me thinking about how society responds to victims of sexual harassment. Do institutions deal with sexual harassment by having no-tolerance policies? Are there workplace trainings so that everyone understands what is and is not appropriate and how to report incidents? Is there a policy to protect whistleblowers so that they do not fear retaliation?  Are we doing what is fair and right? Are we holding the powerful accountable or protecting them from facing the consequences for their choices. These are all real questions and how we answer them displays who we are and whether we take sexual harassment seriously. As the first order of business to open the 2019 Legislative Session, Georgia's State Senators decided to pass a rule that requires anyone who believes they’ve been harassed by a senator or Senate staffer to bring their allegations forward within two years of the incident. It is interesting to note that previously there had been no time limit for someone to bring forth a complaint. The time limit would apply to all complaints about the conduct of senators, not just sexual harassment cases.
So, how did we get here? Is this shift in response to the #metoo movement? Is there more at play? It turns out that a leader in the Senate had charges brought against him last year dating back to 2011. State Senator David Shafer had been alleged to have sexually harassed a female lobbyist for several years. Making matters worse, Senator Shafter was also running for Lieutenant Governor amidst these allegations. The woman had worked with the Senator at the state level for the Republican Party in the 1990s. Later when she became a lobbyist, she sought his help to pass legislation. She accused Shafer of retaliating against her when she turned down his advances.  An investigation was launched and a report was created and reviewed by the Senate's Ethics Panel. The report was confidential. And, it is important to note that complaints are generally handled behind closed doors rather than being made public. Eventually, the charges were dismissed, and Shafer was exonerated. This complaint explains how we got here, but what does all of this mean?
It concerns me that lawmakers decided to limit the amount of time someone has to file a complaint for sexual harassment. That choice seems exceptionally shady to me. Why make that choice unless one has something to hide? We already know the barriers survivors face, like not being believed, retaliation, threats, minimization, harassment, and denial of their experience. I have friends who have worked at the Capitol and have mentioned comments that crossed the line. As a society, we need to treat people with respect by creating spaces where they feel safe to come forward. We need to have a process that is transparent that gives people the opportunity to come forward when they are ready. When folks come forward, we need to treat them like they are credible. It says something to me that Senate Majority Leader Bill Cowsert, told investigators he believed the lobbyist’s complaint. He also added, “I had never known her to be dishonest. I have never known her to be dramatic or, you know, exaggerate in any way" and that her statements had a “ring of truthfulness.”
The "ring of truthfulness" stands out like a ring of dirt around a filthy tub. It is like the truth did not matter, despite having someone say he knows the parties involved and he believes the lobbyist who came forward. That lobbyist is not made whole by that. In addition, a legislative body full of men changed the rules concerning allegations of sexual harassment by adding an arbitrary time limit that seems about protecting those powerful men rather than the truth. All of this makes me think back to college and working for the radio station. Besides indie rock, jazz, and sports shows, DJ's would be required to read public services announcements or PSA's.  And these situations makes me think of the PSA I would share with the men of the world. If you are worried about sexual assault accusations, examine your behavior and change it.
As a society, we have to be concerned with what is fair and right. Dastardly deeds cannot be hidden by time limits, confidential files, or secret meetings. There's an old saying that what's done in the dark will always come to light. That saying means that truth always comes out. Also, that you have to be careful what you hide because it may cost you more than you are willing to lose. Honestly, I wish men would be more intentional about their behaviors and change them. I wish they would think about how their actions impact others rather than just thinking about themselves. What would it mean for the world if men and women just went to work to do their jobs? What would it say if the powerful used their power to protect the truth rather than themselves? We would have a world where one would not have to worry about their actions coming to light and ruining their reputation. What a world that would be.