More Than Just An Ad 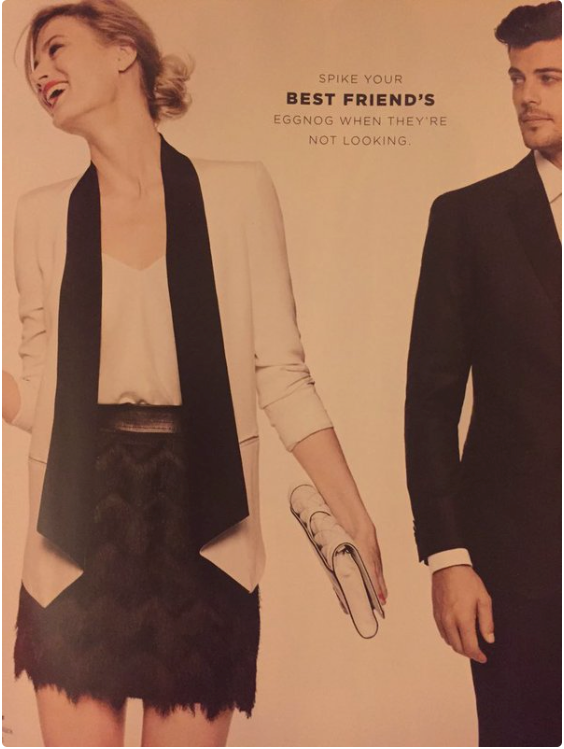 In a previous blog I talked about how raising awareness can be beneficial when talking about sexual violence and that awareness is not primary prevention. What is coming up for me today is why we have the need to raise awareness in the first place. One could make the argument that we as a society have not taken sexual violence seriously. We live in a society that condones rape jokes because some say comedians can joke about anything. We live in a society where serial rapists never face justice for their crimes because some make excuses and blame victims. We live in a society where sexual assaults are minimized with words like misunderstanding or miscommunication. In the same way, alcohol is also used to explain why someone was violated. Most of us know these statements and beliefs are problematic, but where do these ideas originate? Why are some allowed to violate others with impunity? Why do some make victim blaming statements like, “she was drunk” or “she was asking for it”?

One answer is culture because our culture affects us. An example of how our culture affects us is the media. The messages that the media puts out about sexual violence affect our beliefs and attitudes about both survivors and perpetrators. For example, the Bloomingdale’s holiday advertisement that was released for the holiday season in late 2015 is an example of what some may believe about sexual violence. The advertisement appeared in a holiday catalog, mailed to customers, features a young attractive woman in fashionable clothes, carrying a designer handbag, and a laugh that looks like she is having the time of her life at a party. The woman’s laugh is pronounced and her head is cocked to her right, so she is clearly distracted. In contrast, her date is a man meticulously dressed in a dark suit. His eyes are on the woman as she looks away from him. He is good looking, with an athletic build, stubble, and a striking resemblance to “Blurred Lines” singer Robin Thicke that is ironically too close to be coincidental. The caption between both of them says, “spike your best friend’s egg nog when they’re not looking”; this caption fits this man’s expression as he clearly watches her with the patience and silence of a predator ready to strike. So, in a year where allegations about Bill Cosby drugging dozens of women dominated the news, we have an example of a holiday advertisement making a joke about drug facilitated sexual assault.

As a man, working in my community to end sexual violence, I felt a combination of shock and disgust. The tone of the advertisement felt creepy and awful to me. I am baffled that this advertisement made it past the dozens of eyes at the advertising agency that created it as well as the people at Bloomingdale’s. Even if this advertisement was an attempt to be edgy and create controversy it is in poor taste because it is an advertisement providing tips on how to successfully commit drug facilitated sexual assault. It is proof that we have work to do because people at Bloomingdale’s trying to sell things thought a holiday message involving men drugging their friends was funny, warm and acceptable. It would be great if men got the message that it was never okay to drug anyone.  Media is one of many teachers and the reality is that there are boys and girls out there listening to these messages. I don’t want a world for the young men in my life that condones taking advantage of people. I do not want a world for the women in my life that tells them that they have to be constantly vigilant because it is inevitable someone will take advantage of them. This Bloomingdale’s advertisement is a clear example of why there is a need to have people in our communities working to prevent sexual violence.