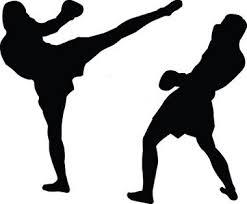 In our last blog, I wrote about the recently surfaced video featuring University of Oklahoma running back Joe Mixon punching Amelia Molitor in a bar in July of 2014. The blog discussed the lack of accountability in the head football coach, athletic director, and president of the university all watching the video and deciding a fitting punishment was to red shirt Mixon and not allow him to play football for them for a year. A question I posed was what it meant to have a coach and university not hold a young man accountable because they cared more about winning. Blame has cascaded down on those involved at Oklahoma because of the message the leaders there sent the community about violence against women. But, what does it mean to discuss the Mixon case and our response to it as a community for the purpose of accountability? In other words, are the same norms that we vilify the leadership at Oklahoma for also present in our lives? Are we consciously looking at our choices, engaging those norms, working to change them, or ignoring and excusing them? Are we working to make our communities safer and encourage our fellow human beings to have healthy relationships based on equality and respect?
An example of how we have failed as a community to be accountable and change norms is the conversation that I have heard blaming Molitor for Mixon's choices. There are people in my life who have said phrases like "she put her hands on him first. She assaulted him, just because he is stronger doesn't mean he should have a punishment. As a female, you shouldn't get to put your hands on a male, then cry assault when he puts his hands back on you". What this argument fails to realize is that Mixon, like many men when they use violence, used a disproportionate amount of force. I want a world where no one puts hands on anyone. But, likening a woman getting into a man's face or even slapping him to a man strangling a woman like they were an octagon or punching a woman hard enough to break bones in their face is problematic. I think this kind of thinking comes from a place of, "if someone puts their hands on you, then you have the right to hit them back." It is not that simple. That is the Wild West or how children act; healthy adults should not behave like that. Moreover, if one person chooses to make a bad choice, then that does not give the other person the right to make another bad choice. Next, they try to further simplify the argument by talking about "equality." This version of equality is "if you want to step to someone like a man, then get ready to get treated like a man," like it is UFC 178, she's Ronda Rousey, they were in the Octagon, and someone rang a bell. When we are talking about pay per view, it would look strange to feature women fighting men due to the disparate amount of strength and size between the average man and the average woman. It is not a fair fight. That is not equality. Instead, male violence against women seems to be about teaching women a lesson. Moreover, his violence is about maintaining power and control. It is as if when men use violence, they are saying, "if you want to be violent, then I will show you some violence." That is a regretful reality for any man in addition to those connected to him. Why does there need to be this mutual combat "argument" to rationalize and justify his choice to use violence rather than acknowledging the chilling reality of what he did?
But, there is more. The same chorus of folks goes further by implying that Mixon was defending himself from Molitor. I have a tremendous problem with that. Mixon was never in danger. Mixon never had a reasonable belief that his life was threatened. You can't claim self-defense after punching a woman when you are bigger and stronger than she is. It is telling that the folks saying she pushed him first refuse to see or acknowledge he used a disproportional amount of force. Why do a lot of us focus on her instead of him? Why do some of us struggle to unequivocally say that a man made some awful choices is going to be held accountable and that he needs to get some help?
Above all, one person using violence does not allow the other person a free for all. Proportionality matters. Is the behavior attention seeking, or is it about power and control? Is the person in fear for their safety or even their life? Is the amount of force capable of taking one's life or causing massive bodily harm? These are all questions that we must ask. These incidents are not mutual combat, and we excuse bad behavior when we believe that or say that.