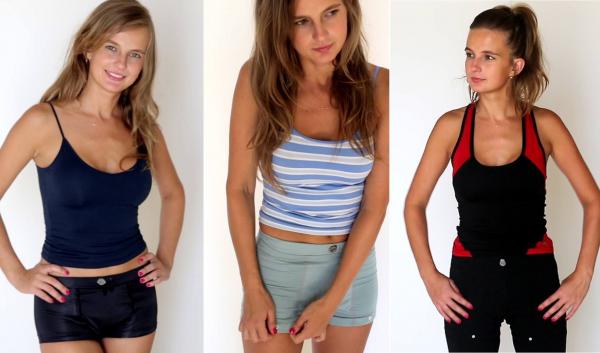 For example, the media has recently promoted a few products being developed to "prevent" sexual assault. One example of this type of product is the Anti Rape Underwear designed by AR Wear. The product touts itself as something that can be worn by women who have had "too much to drink, are asleep, or have been drugged". The product also claims to be resistant to cutting and pulling. But, this product misses the point because it doesn't get the dynamics of sexual assault. For example, one purpose of this product is to provide "peace of mind". But, the product is aimed at protecting women in situations of stranger rape. We know most surivors are sexually assaulted by non strangers. They are violated by someone they know and trust. One is unlikely to wear a product like this when out with their signifigant other, a friend, or someone they are dating. A product like this does nothing to change the culture that encourages men to perpetrate these crimes. It's meant to fustrate a potential rapist which introuduces the horrifying possability of a prepetrator using violence. The product ignores that sexual assault doesn't always involve the penetration of a vagina or anus. Lastly, where are male surivors, LBGTQQI surivors, or even full figured surivors in regards to this product? I don't want a world where women have to have a combination lock in their underwear because they are worried about their safety. That's an incredible burden.

Another product that places a similar burden on survivors is the Undercover Colors nail polish designed to detect date rape drugs. North Carolina State students are developing a nail polish that changes color when it comes in contact with date rape drugs such as "ketamine, ecstasy, and other roofies". With this invention, "anyone will be empowered to discreetly ensure their safety by simply stirring their drink with their finger. If their nail polish changes color, they'll know that something is wrong." They describe themselves as the "first fashion company working to prevent sexual assault". While this is an innovative idea it is not prevention. Women should not have to constantly test their drinks and live in fear of sexual assault. Moreover, we are placing the burden on women to be responsible for their safety instead of looking at the folks who are making it unsafe. This product also ignores that the drug that is most often used to facilitate sexual assault isn't roofies, it's alcohol. Instead of telling women to buy these products, how about someone make a PSA telling men it's not okay to ply women with alcohol, sexual assault them when they are sleeping or drug them. Let's stop placing the burden on women to make themselves safer to prevent sexual assault. I could easily see well intentioned friends, family members, or law enforecement saying to a survivor "you could have prevented your assault if you had purchased this nail polish or those underwear". That's not okay. That's victim blaming and not supportive of survivors. The story I'm telling myself is that these folks mean well, but it's classic "ladies watch your drinks" and "ladies watch yourselves" pitched as a way to "prevent" sexual assault.

At GNESA we value a world feel where women feel safe and have freedom to move, but that safety shouldn't come from purchasing nail polish or a new age chastity belt. These products may provide peace of mind, but they don't provide protection 100% of the time and are not prevention because they don't prevent first time perpetrator or first time victimization.