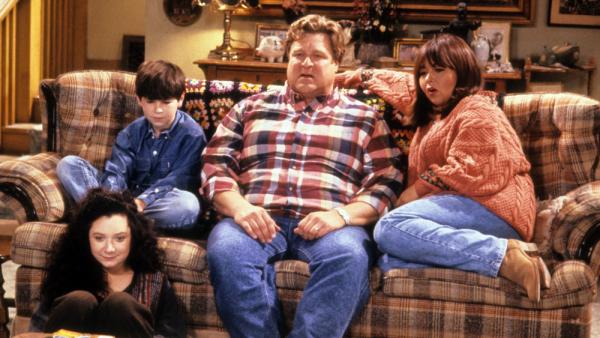 Recently, I have talked about what bystander intervention looks like. We know that prevention efforts like bystander intervention can confront and change social norms and practices that condone sexual violence. How do you confront someone you know about something that they have said or done? Bystander intervention does not have to be a big production. What we are asking people to do is say something when they see something. The beauty of bystander intervention is that small everyday moments can spark a movement towards a new world. But, how is this done and is it important?
Responses to the racist comments made recently by Rosanne Barr mocking former senior presidential advisor, Valerie Jarrett made me think about bystander intervention. The reason these comments are striking to me is that different responses by the community lead to a different result; this week's events have reiterated that this is not the first time Rosanne has crossed a line by making racist or anti-Semitic statements. She made an eerily similar statement five years ago about former Secretary of State, Susan Rice. Rosanne was given a message that her choices, comments, and behaviors were okay because she did not face consequences for her choices and enough people in her life did not step in to confront her. In other words, Rosanne Barr was emboldened by the inaction of others. It is as if her racist hate speech existed in a vacuum. It was allowed to fester and grow because it was arguably unchecked.
This is a weird moment for me. I grew up watching Rosanne. I appreciated the show for being different. It stood out because it portrayed a lifestyle and class of people we rarely see in situational comedies. There was something real and honest in its portrayal of working-class white Americans. It was one of the first shows that I remember tackling serious issues like women leaving abusive relationships. So, it is disheartening that an iconic figure that changed television has a blind spot regarding her racism and the harm she has caused others. I am disappointed because I expected better from someone who I thought got it. People, like issues we discuss in this blog, are complicated.
I think, one of the poignant statements came from Michael Fishman, who plays Rosanne's on-screen son, D.J. Fishman wrote, "I condemn these statements vehemently. They are reprehensible and intolerable, contradicting my beliefs and outlook on life and society...while I am going to miss being part of the ABC family, I believe that to sit back, or remain silent in an attempt to distance myself from the actions/statements of others would unintentionally endorse or placate those statements which I find truly offensive. My character was designed to represent the inclusive nature of my views. To represent portions of society often marginalized. In this moment it is important to be clear. We must stand-up against; bias, hatred, bigotry and ignorance to make society a better place for all.”
I love how Fishman clearly stated that he thought his television mom's choices were not okay. He didn't make a big production out of it. No dramatic music played like during the climax of a superhero film or after-school special. There is a beauty in the simplicity of his statement. He countered the vacuum that could have allowed Roseanne's hate speech to fester and enabled others to believe that spreading hatred and ignorance is okay. With that said, I can appreciate that this choice to confront others when they say something foul is not always easy; this is someone who he looks up to and has helped provide him with his ability to make a living as an actor. D.J. is the most recognizable role he’s had as an actor. I had to look up D.J. to figure out Michael Fishman played him, but Roseanne is a household name. It has to be challenging to confront someone with that amount of influence, but as challenging as it is, it is also vital. The most impactful part of his statement was that it left no doubt of where he stood.
An intervention can be this simple. So, how does this apply to our lives? I could see a guy having beers with his friends, hearing his friend say something sexist or misogynistic and making a similar statement confronting his choices. Did it cure cancer? Nope! But, if the bar is curing cancer, then we are all failing, and nothing will get done. If people wonder, “will this make any difference,” then that creates an unlikeliness for people to act and comments like these will be left unchecked. We want men to simply say “bro, that’s not cool” and move on. It leaves no void for folks to wonder if everyone agrees with the friend's sexist, misogynistic, or racist thoughts. One can simply say something in a small everyday moment. It is an example of how ordinary moments in all our lives can help build a movement and make a difference for all of us. What will we choose? What will we do with the next ordinary moment we all have in our own lives?