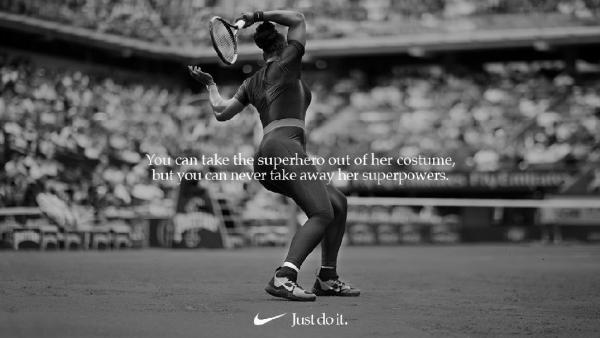 One of the things that I am grateful for from my youth was the opportunity to learn tennis. I started playing because some of my friends played after school and I was curious about the game. I wanted to fit in, so I decided to try it out. My father loaned me a wooden racket that looked like he had played with it in the 70's, and I started trying to hit balls. My attempts to play were initially less than stellar because I had awful timing and hand-eye coordination. After all, it was not a sport that I had grown up hearing about or playing. I do not think I had ever even watched it on television. But I was hooked, so I started playing with a local team and also got private lessons and coaching.
My experience makes me wonder about similarities to the experiences of Venus and Serena Williams. They grew up playing tennis in Compton, California after being coached by their father, Richard Williams. The sisters were prodigies and ascended to the top of the rankings. My fandom shifted from idolizing Pete Sampras and Michael Chang to appreciating the Williams sisters. I loved Sampras because he was a technician. I loved Chang because his groundstrokes combined precision and power. I enjoyed the Williams sisters as well. They played with power, passion, and hustled to win points. But, I also watched them because they looked like me.
It is fair to say that tennis is a game all about structure and rules. There are codes around decorum and even what the players wear. For example, at Wimbledon, all players have rules about their attire. The rule states that players must wear “suitable tennis attire that is almost entirely white." And, shades of off-white and cream won't cut the code. And, the code applies to all attire. All headbands, undergarments, tracksuits, jackets, sweaters, shoes, bandannas, bandages, and even socks are required to be white as well. There's even language about logos and trim. I have written on this blog about my dislike of dress codes, but at Wimbledon, this dress code makes sense to me. This code is about celebrating the history of the game. It is one of the things you first notice about Wimbledon because tennis attire normally features vibrant colors and loud patterns that figuratively scream at you. Some players express themselves artistically through their attire. These rules around attire came into the conversation recently regarding Serena Williams. Serena is an artist and even helps design some of her attire. This year at the French Open Serena wore a fitted bodysuit that raised eyebrows. It was dubbed the catsuit by many observers because it was form fitting and seemed like something inspired by Batman. There was some backlash from the outfit as French Tennis Federation president, Bernard Giudicelli, indicated that the French Open would introduce a dress code.  Giudicelli stated, "I think that sometimes we've gone too far. Roland Garros' new rules won't be as strict as Wimbledon's, but will "impose certain limits." For example, the catsuit worn by Serena "will no longer be accepted." He finished by saying "one must respect the game and the place." It should be noted that part of the history of tennis is women being banned from clubs because they chose to wear attire that did not conform to dress codes.
What's interesting to me about this is that when looking at what Serena wears, it is often form fitting. She usually is in a top that is tight with shorts or a skirt with shorts underneath. What Serena wears is typical of what other women wear on the tour. I think a lot of this conversation comes from tennis' origins. Women’s tennis used to be played in long flowing knee-length skirts. Some of the rules around wearing white at Wimbledon come from not wanting people to look like they have been exerting themselves or even perspiring. The white clothes give the illusion of one playing a leisurely game rather than engaged in athletic competition.
Over 80 years ago, sportswriter Paul Gallico wrote that women, “stick out places when they play, wear funny clothes, get out of breath or perspire...it’s a lady’s business to look beautiful, and there are hardly any sports in which she seems able to do it.”
There is so much here. Again we see this societal need around policing women's bodies. Women are expected to appear feminine rather than athletic. Moreover, being pretty, dealing with the male gaze by wearing knee-length skirts is part of what it means to hold this job. Similarly to cheerleaders, I can already hear people proclaiming, "they know what they signed up for" or "what did they expect when they applied for the job?" I find myself challenged by that, especially when you add the context of history. Sexism is clearly at play here. The Wimbledon code makes sense as it applies to all. I remember a male player getting admonished because the soles of his shoes were not white. This new proposed code at Roland Garros is not the sport I love. As a tennis fan and a man, I am disillusioned by the history of some of these dress codes. It is disappointing to hear about women being hassled because they were wearing shorts. It makes sense why social convention once upon a time women were expected to wear knee-length skirts to play tennis. Times have changed and tennis has changed with the times, too. Women do not get in trouble for wearing pants anymore because our norms are different. Those knee-length skirts seem like relics of a bygone era. There is no need to dust them off. Part of our work is to critically examine outdated rules that do not make sense. We can appreciate the history and structure of the game, but not make rules that are unfair.