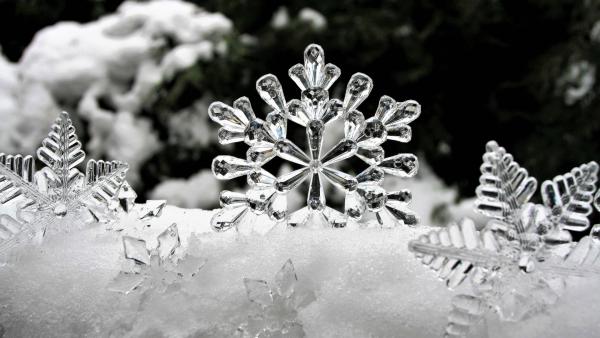 It is that time of year when there is a chill in the air, a brisk breeze, and people hang lights on their houses and trees. Baristas craft holiday-themed beverages at our local coffee shops. People spend their idle time searching for gifts for their loved ones. Holiday-themed music plays in the malls and stores as we fill our shopping lists and that music always reminds me of the holidays. Sometimes it is played in elevators and shops and other times radio stations switch formats to broadcasting it 24/7. But, what could holiday music have to do with sexual violence prevention? I am sure that people are familiar with problematic lyrics in hip-hop or rock. But, what if I pointed out disturbing content in a holiday standard?
"Baby It's Cold Outside" was written in 1944 by Frank Loesser. It is a popular song that has been covered by Ray Charles, Michael Buble, Ella Fitzgerald, Willie Nelson, Norah Jones, and Dolly Parton. In fact, the artists that have covered this song are a who's who of music. The song lyrics tell a story of a young woman trying to end a date. The song is a call and response duet as it flows like a conversation between two people rather than one lead singer. Over and over again the woman states reasons why she wants to leave. And, over and over again the man rebuffs her assertions to end the date by saying "Baby It's Cold Outside." For example, the woman says "I've got to go away," or "my mother will start to worry." No matter what the woman says, the man always rebuts her requests with a reason why she should not go home. At another point in the song, the woman says "I really can't stay," and the man replies " (Oh baby, don't hold out)." Other times she assertively states "I simply must go" or "the answer is no," and the man doggedly keeps trying to coerce her into staying the night.
So, what is going on here? I see this song as the epitome of how we socialize men. Men are taught to ask again and keep asking when they hear a no. Men are also taught that no does not mean no. Society emboldens that belief with statements like "oh baby, don't hold out." Male socialization sets a standard where consent is about overcoming a no rather than an enthusiastic yes. Also, this socialization is about wearing down resistance rather than hearing another person's needs, wants, and desires. These messages are challenging to me. If consent means wearing a woman down until she gives a half-hearted yes, then is that really consent? Are that two people choosing to do something together because they both want it, or is that coercion? And, what does this messaging means for men and women as they try to navigate dating and relationships?
Could there be something even more sinister going on here? The score of the song refers to the man's lyrics as the wolf and the female's parts as a mouse. That choice by the creator of the song implies a lot. The man is the predator, and the woman is the prey. The wolf is always in charge when it comes face to face with a mouse. The mouse is not going to win. The mouse has the deck stacked against her. Thus, this song also demonstrates an imbalance of power in relationships between men and women. If she is prey, then can she always say yes on her terms? He consistently exerts pressure on her to get her to comply. Another interesting theme to note in this tune is the way men have control over the woman's sexuality. For example, she sings "My brother will be there at the door" or "father will be pacing the floor." In this song, a woman's sexuality is not her own. She feels pressure from not only the man she went on a date with but also the men in her immediate family. But, the pressure does not stop with just the males, for she is concerned about her "suspicious sister," "vicious aunt," and what the "neighbors might think." There is clear societal pressure about what she should do and who her choices might disappoint.
There are several beliefs put out in this song. One belief is for men to keep combating a no until they hear a yes. And, related to that view is that women play hard to get. The reason why "baby it's cold outside" is such a powerful example of how our culture has messed up consent and sexuality is that her no is never really heard. It plays into that belief that a real man just needs to wear her down. There is so much here. And, the sentiments in this song are masked by the sweet voices Christmas themed instrumentals. The script is familiar to me. It is one that I was taught as a man. It is a script that encourages men to use whatever means necessary to get a woman into bed. This narrative is not one where a woman's humanity, agency, sexuality, or even choice is something to be considered. The woman here is a thing to be possessed or a notch on his bedpost. He is not really concerned about her safety or what she wants. His pleas are all about him. He even tries to hold her responsible for hurting his pride. But, if he were particularly concerned about her he would offer her the coat she asks him for or walk her home.