Prevention and a Side of Pancakes 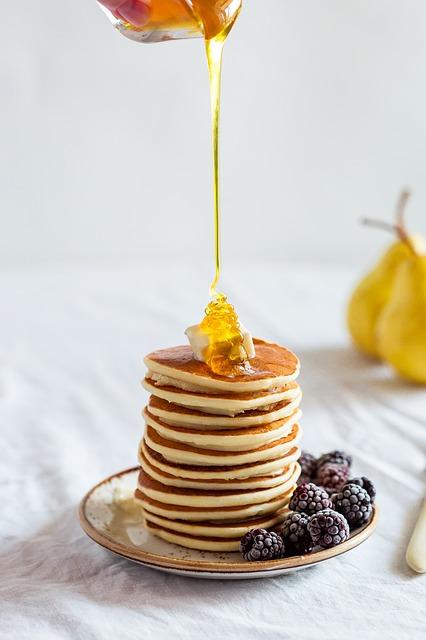 I have been thinking a lot about what bystander intervention looks like. What does it mean for someone to step up and name that someone else's choices are not okay? People’s perception of bystander intervention is often a guy with a cape and cowl rescuing someone or people not doing anything. That can be a perception of bystander intervention, but what does intervening look like to the average person? How does this prevention effort look in our daily lives? I believe that prevention efforts can confront and change social norms and practices that condone sexual violence. One of these social norms in need of confronting is the norm of the bystander. I think we learn to be bystanders from a young age. For example, I grew up in a house where you did not talk about family business with outsiders, and I think many people grew up in similar situations where silence was normalized. I believe that we all care about people in our community because we are all human beings, but we have choices to make when we witness someone taking advantage of someone else. Bystander intervention can be as simple as saying something when we see something. What does that look like? How do we do that?

An example of effective bystander intervention occurred recently at an Auburn, Maine International House of Pancakes (IHOP). Avery Gagne was eating with his parents when he witnessed a server at the restaurant ask a group of black teens to pay for their meals up front because it was “a new generation thing.” The teen and his parents began to question it. The server's response was "management had asked her to do [this] as they have had walkouts." The server also told Gagne and his parents that the request for the teens to pay upfront was “not because of their color.” The teen wrote on Facebook that "the woman took it upon herself to make this group of teens pay for their meal upfront because she considered them 'high risk.' I don’t care who has walked out on your establishment. That does not give you the right to determine who you believe is going to or not. My parents and I did not pay upfront for our meal, none of the tables around us prepaid for their meals." The teens stayed despite the server’s demand and even told the family that the server’s request was ok.

It is important to note that Avery and his family intervened in a simple situation that could happen many times daily. He and his parents noticed the situation, interpreted the situation as requiring intervention, assumed responsibility for intervening, decided how best to help, and intervened. They were honest and direct, publicly comforted the teens, and engaged the community. They used strategies both in the moment and after the fact to call for help. There is no huge world-changing event here. No one was violently hurt or in immediate danger here. And, that is the beautiful simplicity of this intervention. You could be standing with your friends, and someone tells and off base or off-color joke. Confronting that joke is also bystander intervention. We have to normalize this practice of saying something when we see something. It’s easier to do this on a smaller scale as a routine part of one’s day rather than with a Superman cape.

These are all strategies that people can use in their communities to intervene in a variety of situations, including sexual violence. If bystander intervention becomes something we see ourselves as regularly doing in our daily lives, then it becomes more normalized. It also becomes easier in high stakes moments. No one needed to ride in on a zip line, be a hero, or even a vigilante. No one was rescued or needed rescuing here. Part of the problem we have in getting bystanders to intervene is that they do not often realize the power they possess. The story of Avery Gagne is an example of the power we all have to create change. In fact, Avery’s power led to the server being suspended, and in a statement, the company wrote, “IHOP and our franchisees have zero tolerance for actions that are or allude to discrimination of any type. The franchisee of this location is working to contact the affected guests directly to apologize for this incident and are taking appropriate actions in line with their HR policies…for 60 years, IHOP and our franchisees have strived to create a warm and hospitable dining experience for all guests, and this isolated incident is not reflective of that ongoing commitment.”

We all have power just like Avery Gagne. Will we choose to use that power to simply say something when we see something during the many opportunities we have during our daily lives?