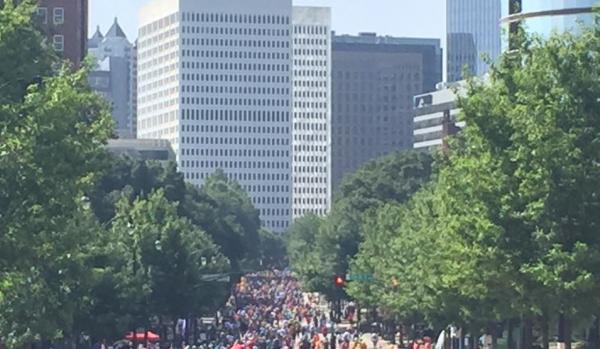 The Upstream blog is a resource to help people interested in the prevention of sexual violence talk about it. Its goal is to highlight best practices and emerging trends in sexual violence prevention and intervention, focusing on primary prevention. It is our belief that prevention efforts can confront and change cultural norms and practices that condone sexual violence. One of these cultural norms in need of confronting is the norm of the bystander. I think we learned to be bystanders by how a lot of us were raised. For example, I grew up in a house where you did not talk about family business with outsiders.  I think a lot of people grew up in similar situations where silence was normalized. A household like that leads to a society where violence in relationships is seen as a private matter. This type of thinking is wrong, and becomes disastrous when it perpetuates violence in our communities, because people do not know how to intervene. With that said, there is no chance to have community accountability if the community does not know about the violence. The lack of a conversation within our communities regarding violence intervention within relationships is deafening.

There are many excuses used to not intervene. We worry about our safety. We think that if we intervene it will not change anything because they will be back together the next day. We do not know what to say or do. Maybe we believe troublesome teachings from our childhood about violence being a private matter and not our business. Some even use their phones to take video rather than intervene. Think about that choice. Violence has been so normalized that we believe that it is okay to record evidence of a crime taking place rather than saying or doing something.

How does all of this relate to preventing violence before it occurs? Where have we gone wrong? How do we fix it? It is my belief that if I stand by while one person violates another, then I lose a bit of my humanity. I want to live in a society where we do not take advantage of one another. I want to live in a society that believes in safety even for the most vulnerable amongst us. I believe that we all care about people in our community because we are all human beings. I believe that we have choices when we witness someone taking advantage of someone else. Bystander intervention is about engaging by saying something when we see something. How do we do that?

Do we stand by when our fraternity brother uses alcohol to incapacitate a woman because we believe in silliness like “bros before hoes”? Or, do we check in with her by simply saying “do I need to get you to your friends” or “can I get you a ride home”?

Do we stand by when our best friend tells a racist or homophobic joke and say to ourselves “he was just kidding”? Or, do we talk to him later about it and say “Dude, I’m surprised you said X, Y, and Z and I feel less respect for you because that was not cool”?

Do we stand by when our roommate pulls out his cellphone to take a video of another man sexually assaulting a woman, or do we tell that friend to call 911 instead?

These scenarios happen every day and are exactly why we need bystanders. Bystander intervention is about making the choice to not stand idly by when we could have done something because we would want others to do the same for us. We need people to stand up for what is moral and just rather than watching a crime take place. Bystander intervention is about all of us taking ownership of our community. We need people to realize that we are all connected and that we have a responsibility to one another because that is what a community is. I do not want to have my inaction result in hurt and pain for anyone. As a society, we need to reframe the conversation regarding violence in relationships for the benefit of all. I believe that we are bystanders every day and in everything we do. In being bystanders, we have a choice to ignore an act, or we can choose to engage.

I hope that you make the choice to ENGAGE...