Remand the Law of the Land 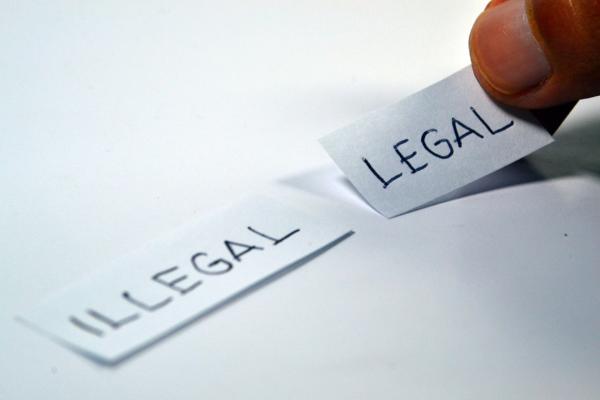 I have been thinking recently about the North Carolina law under which women can't legally revoke consent during intercourse. For those not in the know, in North Carolina, women cannot withdraw consent once sexual intercourse begins taking place. The history behind this law can be traced back to a state supreme court case in the late 1970's. The ruling that has yet to be overturned stated that continuing to have sex with someone who consented then backed out isn’t considered to be rape. That scenario is appalling, but you could also have other situations where an encounter turns violent, and this law expects a woman to endure what we know is a crime. Because in that application of the law, no does not really mean no.

We know that's nonsense. This is an example of how our laws do not keep up with beliefs and attitudes. Most people would say that continuing to have sex with someone after they have said no is rape. Most people realize that consent is something that can be withdrawn at any time. I would like to believe that as a society we are past stinking thinking like "there's a point of no return." Yet in courtrooms in North Carolina and other parts of the country, defense attorneys are making this exact argument.

As appalling as the argument is, it makes sense when you look at social norms around sex. It is clear that a lot of men have entitlement around women's bodies. That entitlement shows up in different ways, like I spent this much money, she let me touch her breasts/genitals, we had oral sex, or we have had sex before, and therefore that means we are entitled to have sex.

As men, we are the problem in that line of thinking. Men need to stop thinking they are entitled to women's bodies. A woman has a right to change her mind at any time. Consent, at its core, is giving someone permission to do something. Permission is not something that exists in perpetuity. Permission is not unending or for forever. Above all, if a man doesn't have a clear understanding of consent, that's his fault.

I can't just say these ideals. I have to live them. Are there times in life where I have been disappointed because a woman changed her mind? Absolutely!! But my work as a man in the movement is two-fold. It is to hear and respect consent by making sure that I have it before doing anything. As a society, we have to work to change silly laws like these just as much as we work to change the reasoning behind them. But why stop at just changing a bad law? Couldn't we use this moment to write a better law? A law that made an unequivocal statement about affirmative consent could be a game changer. That kind of change would disrupt attitudes and beliefs that contribute to sexual violence. It would improve relationships. It would combat community attitudes tolerant of sexual assault or weak sanctions towards perpetrators. These changes could influence the community and hopefully work to change our society.