Street Harassment Is Not A Compliment 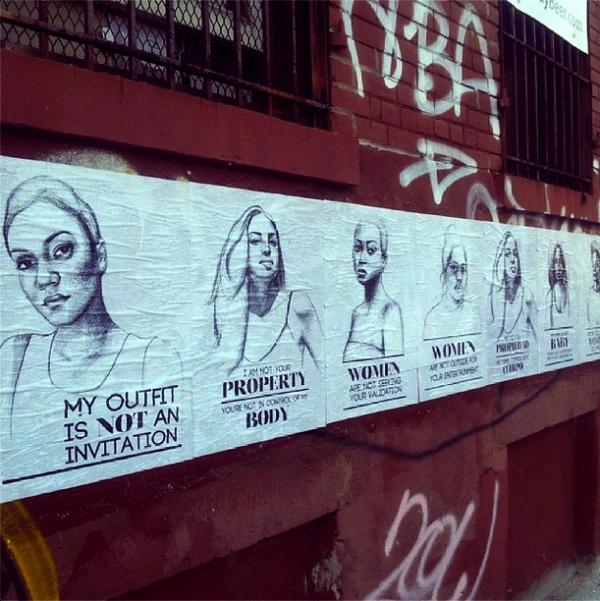 In a previous blog I talked about the Bloomingdale’s Holiday advertisement and it’s messaging around drug facilitated sexual assault. So, this example of messaging was problematic, it is also fair to say that all men do not desire to drug women in their lives. How can we reach men that are not attempting to take advantage of people? What are other examples of messaging we have received that are problematic in our relationships with women and girls? For example, men who say that they are just giving compliments to women; many would say that those comments are not taken as compliments and that those men are committing street harassment. Moreover, could it be plausible that those same beliefs and attitudes lead to someone saying street harassment is okay and those same beliefs and attitudes lead to someone saying that sexual violence is okay? One way to think about sexual violence is as a continuum of acts starting with less severe behaviors like street/sexual harassment and progressing to crimes like sexual assault. The cultural piece applies because for a lot of men, paying a compliment to someone on the street is okay and not seen as street harassment or sexual harassment. We do it from the time we are boys and are taught it by men in our lives that we look up to. Many men justify this behavior by saying that paying compliments is just a way to brighten someone’s day.

One way to show why street harassment is not okay and why it is problematic is the art series called “Stop Telling Women to Smile” by Tatyana Fazlalizadeh. Her work “attempts to address gender based street harassment by placing drawn portraits of women, composed with captions that speak directly to offenders, outside in public spaces”. The medium used in the art series consists of wheat pastings that are posted in public spaces for the purpose of raising awareness. Quotes featured on some of the wheat pastings include “women are people, not just bodies”, “Harassing women is not amusing”, “women are not seeking your validation”, and “my outfit is not an invitation”. The series originated in New York City, has been taken to several other cities, and has appeared in Atlanta.  In addition, the website for Stop Telling Women To Smile has started promoting an International Wheat Pasting Night where “individuals and organizations are invited to wheat paste Stop Telling Women To Smile posters in their own communities as a part of international Anti-Street Harassment week”. If men knew that many women did not see their sexual advances as compliments, but often experienced it as unwelcome, creepy and even frightening, then they would stop that behavior.

This series works because it speaks to a reality many women face when walking the streets of our cities and neighborhoods. I want to live in a world where women shouldn’t have to constantly asses their surroundings, alter their routes, or worry about being out alone because someone feels it necessary to share thoughts about their bodies.  Also, I want to live in a world where men stand up and tell other men in their lives that this behavior is disrespectful and not okay.