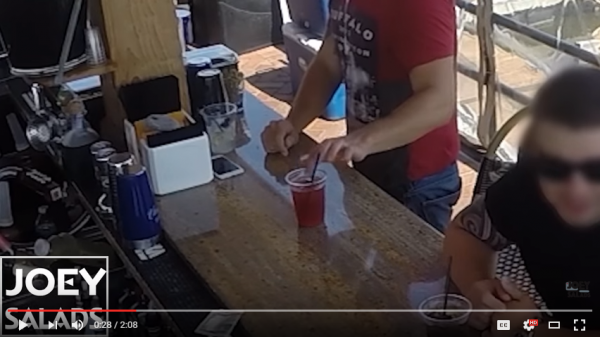 In a previous blog post we introduced the Upstream parable and talked about how this blog was created as a resource to help people interested in the primary prevention of sexual violence. Primary prevention is about preventing sexual violence before it occurs; it involves programs and strategies that are designed to prevent first time perpetrator as well as first time victimization.

So, let’s continue our conversation about primary prevention by being clear about examples of things that are not prevention. Raising awareness about the use of drugs like “roofies” to facilitate sexual assault isn’t prevention. Awareness and risk reduction can be beneficial, but awareness is not prevention. An example of awareness is Joey Salads’, “Roofied Drink Social Experiment” video that can be seen on YouTube. In the beginning of the video, Joey states, “date rape is a big problem in today’s society…I am going to figure out how easy it is to drug a girl”. The video features him placing drugs in the drinks of distracted women while dramatic music plays. One woman begins to take a sip of her “drugged” drink and Joey stops her and states, “because of your carelessness [I was able to drug your drink.] Now you know to be more careful because date rape and drugs are big problems”. Joey’s “public service announcement” is not prevention. Instead of telling women to watch their drinks, a public service announcement telling men it is not okay to drug women would be more appropriate. Telling women to watch their drinks places the burden on women to keep themselves safe, but does nothing to address potential perpetrators. It’s similar to telling women that they could prevent being sexually assaulted if they didn’t drink any alcohol at all. Why are many of these messages never directed at men? Let’s change social norms like it’s acceptable for men to drug women, if a woman ingests a drug that she was “asking for it”, or if she has been drugged the only explanation is she has a drug problem.  Criminals committing crimes like sexual assault use this type of thinking as a cover because they know society and the criminal justice system will not hold them accountable. Criminals know that many of us would rather focus on the victim’s behavior rather than examine their choice to commit rape. The story we are telling ourselves is that Joey means well, but the video is classic "ladies watch your drinks" pitched as a way to "prevent" sexual assault; the video’s tagline even says “one share can save a life”. To sum everything up, Joey provides tips like “always hold on to your drink, put a lid on it, and never let your drink out of your sight”. None of his tips are supportive of survivors, they are examples of victim blaming, and they are not prevention. We need to stop placing the burden on women to prevent sexual assault. This video and the social norms that anchored its creation are rooted in sexism and an example of why we have so much work to do to end sexual assault.

At GNESA we value safety, but that safety shouldn't come from hypervigilance. Hypervigilant behavior may provide peace of mind, but it is unfair to place the burden on victims as opposed to perpetrators. Moreover, this tactic doesn’t provide protection 100% of the time and is not prevention because it does nothing to prevent first time perpetrator or first time victimization.