Winning On The Field and Off 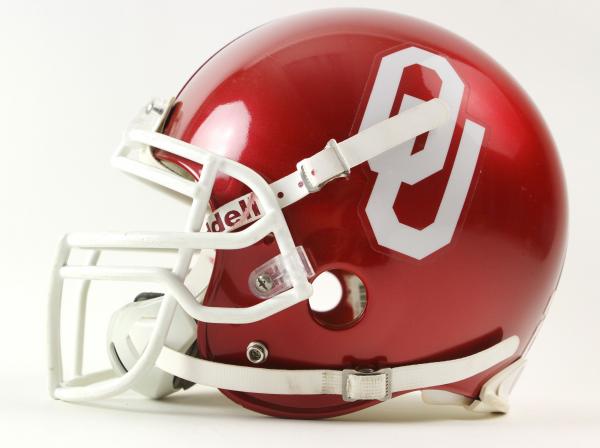 This week a video surfaced featuring University of Oklahoma running back Joe Mixon punching another Oklahoma student named Amelia Molitor in a bar on July 25, 2014. The surveillance footage features Mixon and Molitor arguing followed by Amelia Molitor pushing Mixon and slapping him. Next, Mixon punched Amelia Molitor in her face breaking bones in four places, requiring her to be hospitalized, and have surgery. Mixon entered an Alford plea, which is a plea of guilty to a crime while maintaining an assertion of innocence; an Alford plea means the defendant admits the prosecution has enough evidence to persuade a judge or jury to find a defendant guilty. Part of Mixon’s plea deal resulted in him having to perform 100 hours of community service and undergo cognitive behavior counseling. But, there is more here than a college athlete using violence against a woman. It is interesting that the video was recently released despite it being over two years old. Also, the video was bafflingly released by Mixon’s legal team. But, the most concerning piece for me is the conversation among the leadership at the University of Oklahoma about the video and what constituted an appropriate punishment for Joe Mixon.
Mixon was a not even a part of the football program at the time when he assaulted Amelia Molitor. Following Mixon’s assault of Molitor, he was red shirted. Red shirting means that a player is held back a year. Sometimes this is done because there is a glut of particular players at a position. Other times players are red shirted because of injuries or medical issues that prevent one from playing. A red shirt is seen as a way to have a player available to play football for the program an extra year.
It is disheartening to me that Mixon was redshirted in this case. Red shirting means that Mixon was suspended for his freshman season. But, it seems the only consequence that he faced from the University of Oklahoma football program was starting his freshman season a year later. That is a problem. That does not seem like justice. Mixon faced consequences from the criminal legal system but did not seem to face tangible consequences from the school he attends.
What makes this intriguing is how we are beginning to hear questions about how the University of Oklahoma disciplined Mixon. University president David Boren, Athletic Director Joe Castiglione, and Head Football Coach Bob Stoops all saw the video and allowed Mixon to remain with the football program. Boren, Castiglione, and Stoops all watched the video in the DA’s office shortly after the incident. Mixon was suspended for the season but did not lose any years of eligibility because the football team redshirted him. Stoops said, “It was horrible. I hated it. I hated it as much as anybody did, absolutely”. Mixon was a top rated recruit, and when asked if allowing Mixon to remain at Oklahoma condoned violence against women, Stoops replied “sure to some degree it does.” Stoops continued “And I regret that…at the time, we felt it was a significant and strong punishment”.
Part of me wonders if the only reason some believe survivors and hold offenders accountable is if there is video evidence. The community spent most of their time talking about Mixon. Mixon went from a high school All American to a player who this season finished second in the country in all-purpose yards and earned an all-conference selection. He is scheduled to play in the Sugar Bowl on January 2, 2017, and is one of the stars of the Oklahoma Sooners. In contrast, two years passed and Molitor was forgotten, blamed, and treated as insignificant. Molitor continued to stay in enrolled at the University of Oklahoma. In fact, just three-four weeks after her surgery she returned to campus with her jaw wired shut and did not miss any class time. Molitor preserved and is on track to graduate in December 2016.
What does it mean to have a coach and university not hold a young man accountable because they care more about winning and how he can benefit them than the right thing? What does it say to a community when their leadership values winning on the field more than off of it? I think about the choice to not punish Mixon and the message that it sends to the community. Contrast Oklahoma’s choice to Charlie Strong, the former head football coach at the University of Texas at Austin. The Texas Longhorns are in the same athletic conference as Oklahoma, the Big 12. In addition, Texas is arguably the most prestigious and moneyed program and all of college football. Strong tells his players, “you [will] need to find somewhere else to play” showing he has no tolerance for violence against women. It is a shame that Strong lost his job as a leader of young men at the University of Texas at Austin. We would be better for it if more people in our community showed up like Strong.